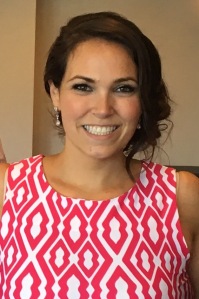 The Anti-Defamation League New England Region will present its 2017 Krupp Leadership Awards to Diana Leader-Cramer Moskowitz and Monica Snyder at its 15th Annual Young Leadership Celebration on Saturday, Dec. 16 at The Colonnade Hotel in Boston.

The award is given to community members who demonstrate outstanding dedication and leadership on behalf of the ADL.

Diana Leader-Cramer Moskowitz, a credit research analyst at Loomis Sayles, is one of the longest-serving members of the ADL Associate Board and has held various leadership positions, including co-chair of the programming and governance committees.

The Swampscott native credits Epstein Hillel School (then Cohen Hillel Academy) and her parents, “who lead and continue to lead by example,” for instilling in her a deep sense of wanting to give back to the Jewish community.

“Philanthropy has always been an important part of my Jewish identity and an important outlet for me. Despite working full-time and going to school part-time when I was pursuing my MBA, it was essential to me to stay involved with and support the causes that were important to me, such as the ADL,” the Wellesley resident and Washington University and Boston University alumna said.

After attending Cohen Hillel Academy, she volunteered as a teachers aid at the school and later continued her involvement with Temple Israel as a Torah reader until leaving for college. While in college, she continued to be an active member of the Jewish community, minoring in Jewish studies and becoming a member of the local Hillel and Jewish Student Union.

“My law firm represents employers in dealing with a wide array of employment matters, including issues involving discrimination,” she said. “I became a lawyer, in part, to cure the injustices in this world,” the Boston resident and Amherst College and Boston University School of Law alumna added.

Snyder co-chairs the Glass Leadership Committee and the Young Lawyers Committee, which provides opportunities for Boston area attorneys to network and to generate discussions through round tables and speakers.

A group made up of members of several ADL boards, directors and the prior year’s winners selects honorees.

“Monica and Diana embody ADL’s values and believe deeply in ADL’s mission. They are both widely respected leaders,” said Daniel Hart, director of Development New England Region Anti-Defamation League and a member of the selection committee.

The Young Leadership Celebration was created 15 years ago to recognize young leaders with a once-a-year signature event and to broaden ADL’s reach in the young leadership community in the Greater Boston area.

Both Snyder’s and Leader-Cramer Moskowitz’s involvement with ADL started with their acceptance into the Glass Leadership Institute, a year-long program that meets on a monthly basis, giving young adults the opportunity to learn what the ADL does first hand about issues facing communities. Shortly after, each decided to take on leadership responsibilities.

“This program gave us the opportunity to meet with experts from across the organization and learn about the different ways they make an impact on a daily basis. Gaining a full understanding of all the important work the ADL does motivated me to stay involved,” Leader-Cramer Moskowitz said.

Actively engaged in ADL since 2010, she spent two weeks in Germany in 2012 representing ADL in its partnership with the German government’s Close-Up program.

“I learned about Germany’s history and modern Jewish life. I am passionate about the ADL’s mission of promoting equality and fair treatment for all,” Leader-Cramer Moskowitz said.

She is proudest of her role in helping to create the Breaking Barrier speaker series that brings interesting and engaging speakers that are important to the ADL and to the community at large. Last year, Khizr Khan, the Pakistani American parent of United States Army Captain Humayun Khan, who was killed in 2004 during the Iraq War, joined the group for a conversation on religious freedom, civil rights, and security issues.

The 2017 series welcomed Christian Picciolini, a former neo-Nazi who now helps others counter all types of racism and violent extremism.

“These speakers bring important topics to the forefront and engage the community in discussions about what is happening and also what can be done to combat hate and promote equality for all,” Leader-Cramer Moskowitz said. “ADL’s expanded efforts to combat all kinds of hate is something that is critically and increasingly important today.”

For more information or to buy tickets, visit: http://bit.ly/2B5ugUF